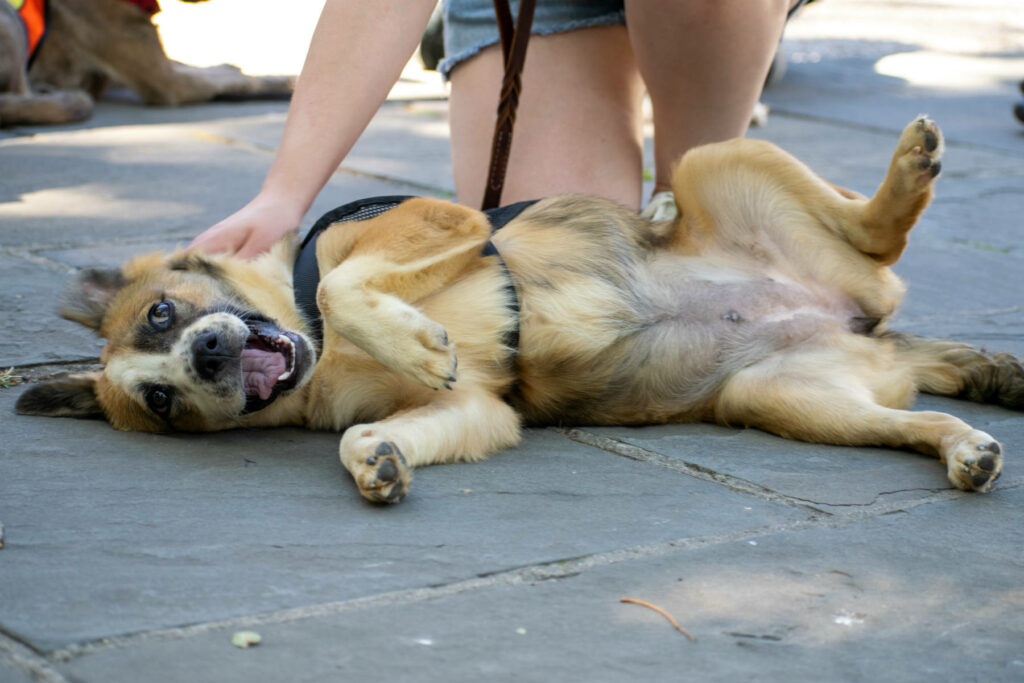 What a fantastic day at Carl Schurz Park today!
After almost ALL of our doggos got adopted after ADOPTAPALOOZA 2019, we had a whole new class that arrived just the other day from Puerto Rico and Kuwait. Being so new, some were quite frightened at first but soon started coming out of their shells.
The sun was shining and the pups were playing! Check out what you missed today!

Sofie started the day cowering on the lap of one of our (awesome) volunteers. But as the day went on, she slowly started exploring, getting more outgoing by the minute. By the end of the afternoon, she was playing with other dogs, sassing up the passers by, getting pet by children and chasing after pigeons! We really saw her become a great puppy, right before our eyes! She also, definitely stole the whole show.

Sofie is only 5 months old and comes to us from Puerto Rico. She is obviously still growing but we think she will be a nice medium sized doggie. I, personally, think there definitely might be some Shepherd-like blood in her.

Fill out an ADOPTION APP for Sofie 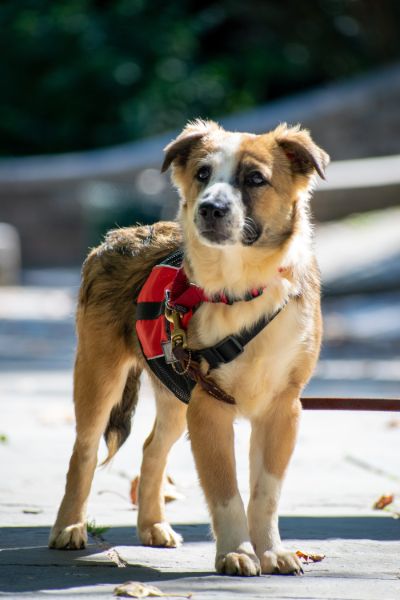 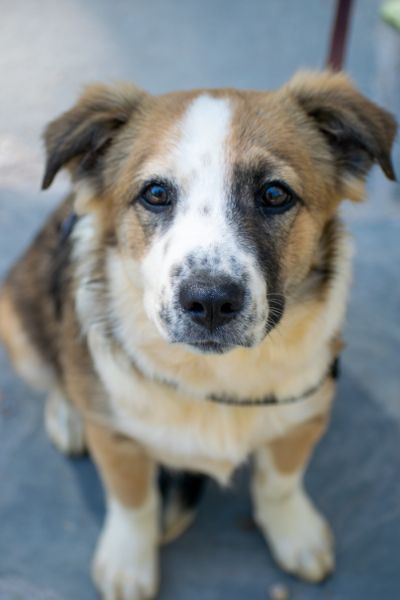 What can we say about Eugene? He is small but mighty! We feel like his name should be longer, perhaps Eugene Spotterton the IV, maybe? He just has such a presence! Also, if he was MY dog, I would get him a studded collar and a leather jacket, immediately… because that would just seem right for this guy.

He is so full of energy, life and personality. Between his dance moves, natural mohawk and the cutest snaggle tooth, is it basically impossible not to fall in love with him!

Eugene comes to us from Puerto Rico and we reckon he is maybe about 3 years old. He had a really rough start in life but he is ready to begin a new chapter. Could it be with you?

Fill out an ADOPTION APP for Eugene today! 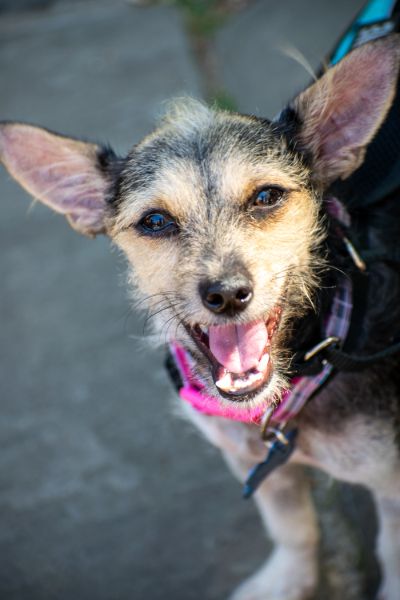 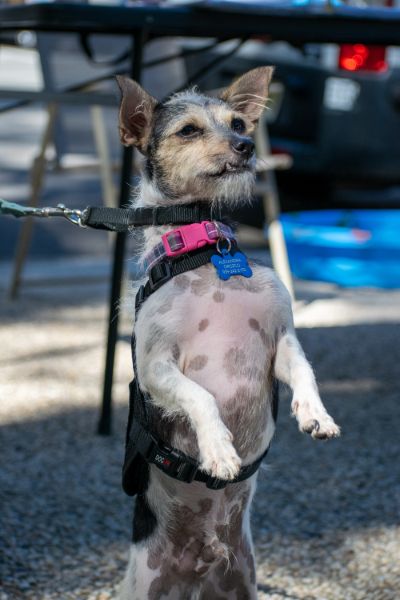 As Huskies are, Samurai is very prim and proper and graceful, despite a little limp that he has. He is a “leaner” meaning, he will give you a full body lean when he’s into the pets you are giving him. Who doesn’t love a leaner???

Samurai just had some reconstructive surgery on his front leg and he will need someone who will help him to do some doggy physical therapy to get strong and fast, once again. He’s been doing very well with his recovery so far, though. He is great with people, but has reservations about some new dogs – we’ve not yet figured out what his trigger is. Great with dogs after being properly introduced.

Sammie is looking for a home with a yard and perhaps another, more mature Husky to show him the ropes. He comes to us from Kuwait and he is about 3 (?) years old.

Fill out an ADOPTION APP for Samurai Today! 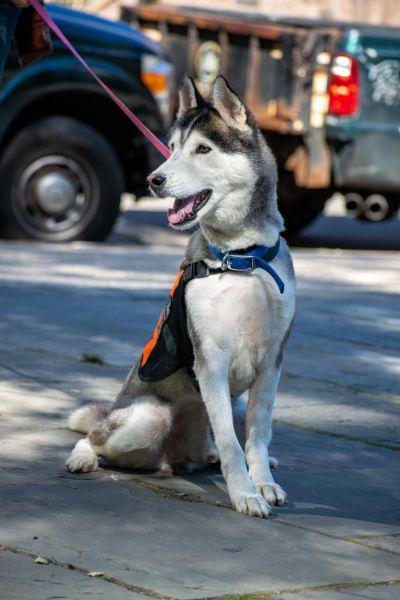 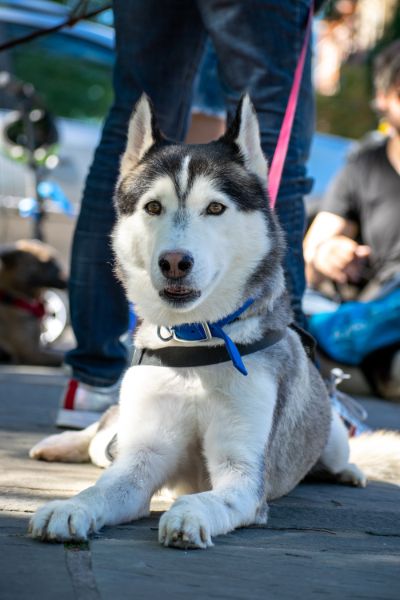 These two sisters were completely spooked on their first day in NYC. But slowly, yet surely, they started coming around.

Yana (the gray one) is a bit more outgoing and brave than her sister Theona (the black and tan one). But we found that both of them love being held and pet. They seemed to like kids, as long as the kids approached them slowly and gently. They also walked on leashes for the first time today! WOOOO! BIG DAY!!!!

We believe that with time and patience, these ladies will really come out of their shells.

Coming to us from Puerto Rico, rescued by amazing people from being dumped into the garbage. They are under a year old and really do still have that brand new puppy smell!

While, ideally we’d like for them to go home together, we will consider sending them to separate homes.

Fill out an ADOPTION APP for Theona or Yana (or BOTH!!!) today!

*Look at our very own Dog Rescue Hero, Mike, go showing them how to walk on the leash!* 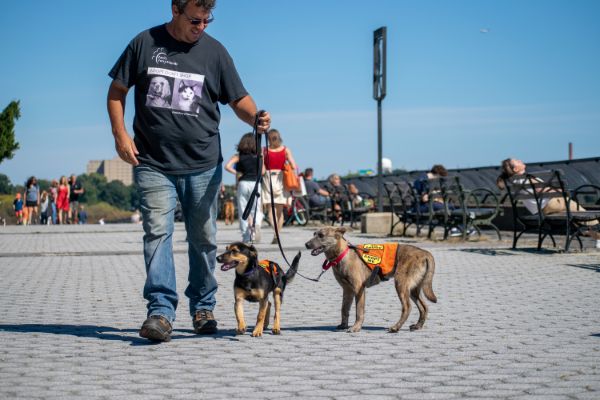 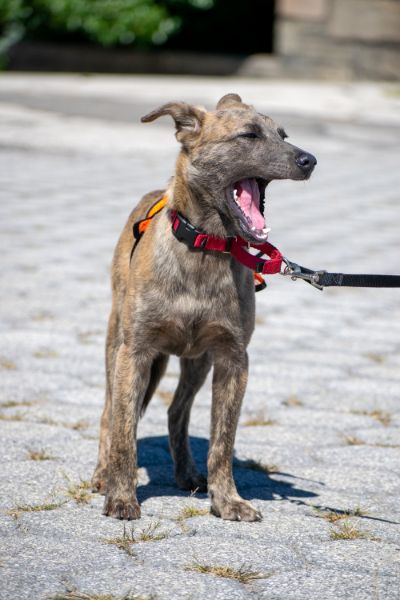 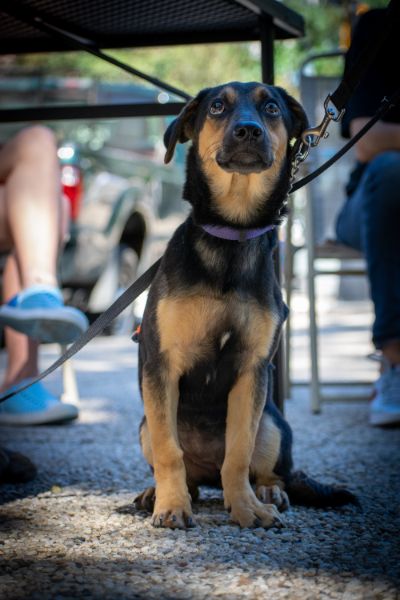 Bagira, perhaps one of my personal favorite dogs in my 3-some years of volunteering at ZFF, went home today! She is such a sweet girl and we wish her the BEST of luck! 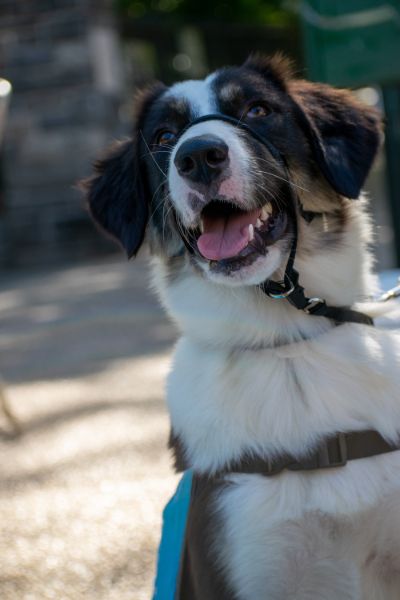